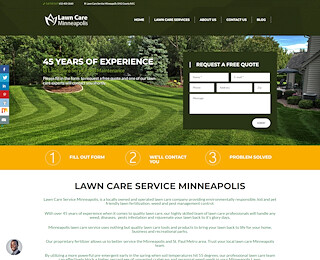 Nobody likes mosquitos for their itchy bites and reputation for carrying nasty diseases. While the contribute an important role to the local aquatic ecology, most people around the world would love if they disappeared. Realistically speaking, what we can do is control the environments around our properties so our communities are not gravely affected.

While Minnesota is far from the tropics, the mosquito population is still prominent and can carry some diseases. In particular, encephalitis is prominent in this area and can cause brain swelling and other life-threatening symptoms. This is why mosquito control in Minneapolis is quite important for public safety.

If you have livestock or pets, there are other issues that mosquitos may cause for you. This includes spreading heartworm or Dengue (although rarely) to your animals.

Aside from calling in mosquito control in Minneapolis, you should practice some simple precautions in your property. This includes removing any sitting water outside, keep screens on your windows and doors and use mosquito repellent if you need to go outside with exposed skin.

Mosquitos depending on the water to mate and hatch eggs, which is why they come around when there are pools of water from rain or melted snow. There is even a chance of dormant eggs from the previous season to be reactivated and hatched, which is why it’s an ongoing epidemic.

You would be surprised by the amount of eggs females put into the water. There are bundles of them floating in lakes or pools with sometimes hundreds at a time. If you look closely at the lake, you can usually see them faintly on the surface of the water.

Why do mosquitos live in cold climates?

As mosquitos are cold-blooded, their bodies don’t produce energy in order to maintain a constant temperature. Other insects have similar traits, which is why winter wreaks havoc on lots of species. Not only does the freezing temperature kill off food sources, their cells form ice and die from extreme internal lysis.

As Minnesota winter can be rough, it’s a wonder how mosquitos remain so prominent in the Northern part of the country. Just like with some other animals in the area, some species of mosquitos can hibernate over the winter. Other species will leave their eggs behind before dying off as the cold weather approaches.

In human habitats, these certain species can be found hiding in cellars, abandoned buildings, sheds or anywhere the indoor temperature is warm enough. If you have unattended basements or junk laying around, you may only be contributing to the problem.

The reason why diseases like dengue or malaria are prominent in tropical or sub-tropical areas is due to their life cycles being constant. These hot and humid climates also promote animal and insect growth across the board, which is why it’s much wilder than Minnesota.

It’s not easy to make your property mosquito free, which is why hiring a professional may be in order. If you have an infestation or want to prevent one, give us a call to see how we can help.